Having moved into a flat with better access to the garden, it became time, after many years without one, that I should do the manly thing, get at one with the flames, and get a barbecue.  More particularly, I wanted one that I could also smoke some food, plus be able to do some paella and other decent outdoor, barbecue dishes. 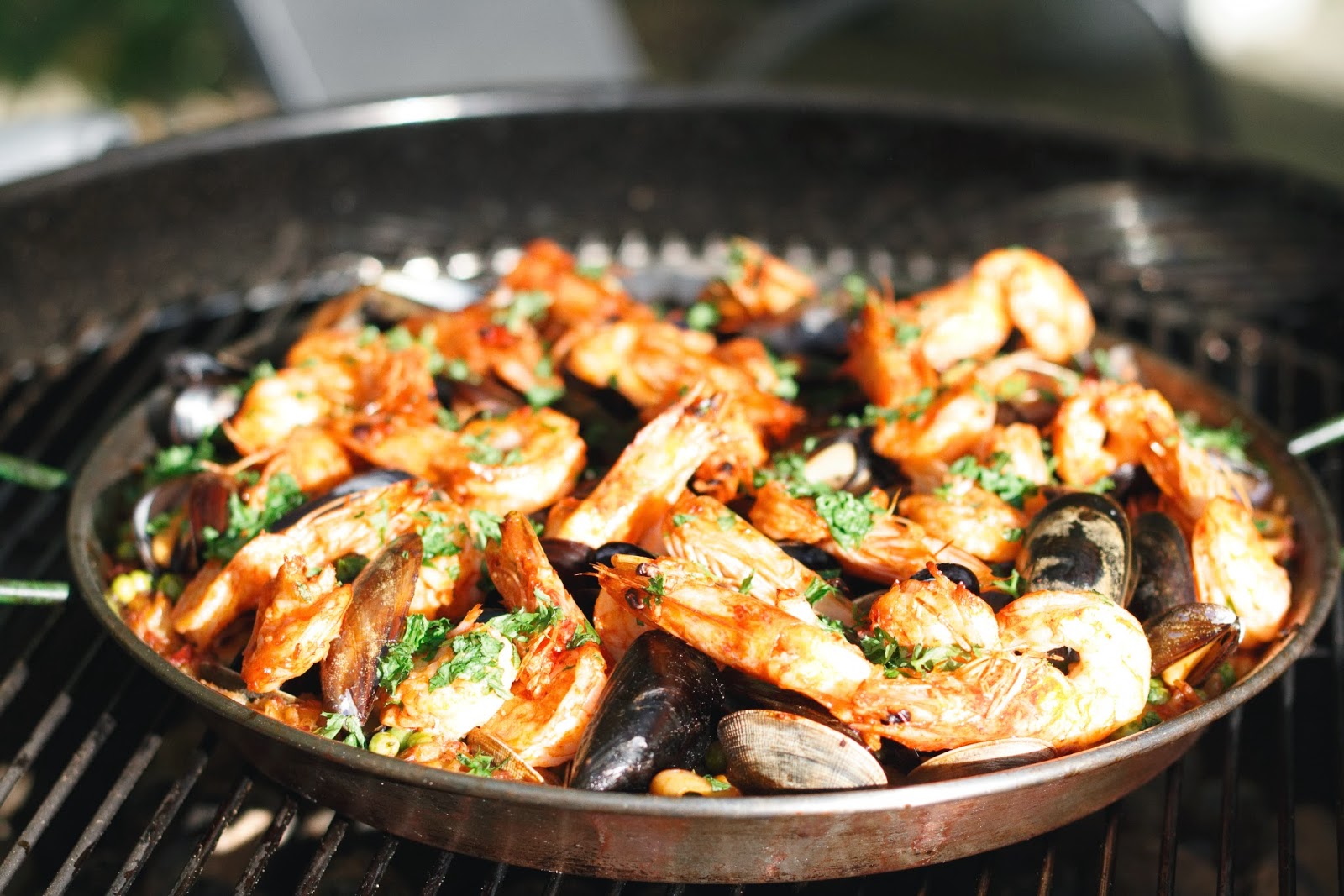 After a little research, plus advice from some antipodean friends, the Weber kettle barbecues certainly looked a good bet, although a little pricey.  Luckily, in 2012, we had awful weather for months and months, and so I managed to pick one up a premium model for the price of the cheapest one, just when everyone thought that summer was never going to happen.  With a chimney starter, there's just never any issues lighting for a quick or slow cook, so it's possible to use it for a variety of meals, whether you're eating outside or not.  I've smoked ribs in December.  Even if it's raining, as long as you have shelter enough to light the coals, once the lid is on, everything is fine.

So, since 2012, any barbecue recipe on this site has been cooked on our Weber 57cm kettle barbecue, and probably means you'll need a similar covered barbecue or smoker, able to maintain a certain temperature for a while in order to replicate some of the recipes.

The kettle style barbecues are definitely great things to have, and my only advice to people buying one is to first have a look at a decent Weber, then ensure that whatever you're buying has similar specs, vents, grate, etc.  I do a lot of slow smoking / indirect cooking on our Weber, and having the hinged grill is extremely useful, something that doesn't come on the cheapest models, and costs a fair bit extra afterwards.  Little things like that can make a big difference when you're trying to keep your grill at 110°C for 4-16 hours and having to drop in occasional extra coals and wood chunks.

However, having had a taste of some pretty decent smoked meats in the last couple of years, I'm seriously considering upgrading to a bigger smoker.